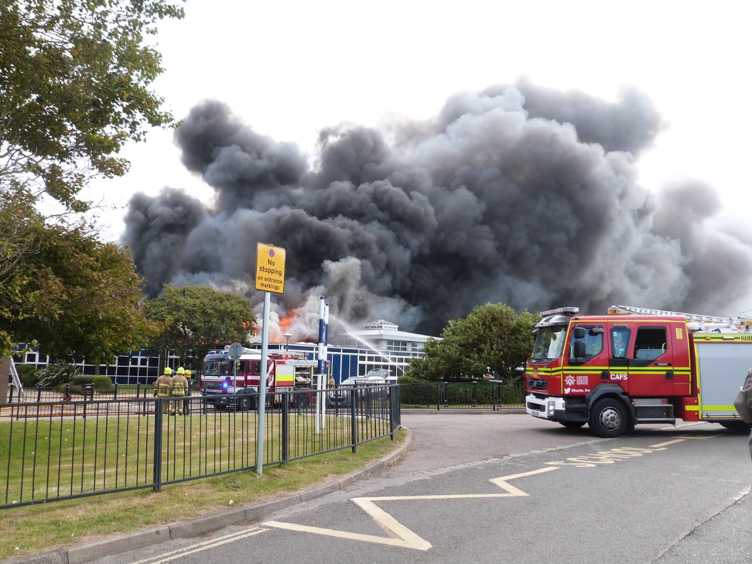 The Fire Brigades Union and The National Education Union have written to the secretary of state for education, Damian Hinds, about schools being rebuilt without fire sprinklers.

Building Bulletin 100: Design for Fire Safety in Schools [1] (page 12) is clear that all new schools should have sprinklers fitted, “except in a few low risk schools”.

It was announced on 23 January that Selsey Academy, a school in West Sussex operated by the Kemnal Academies Trust (TKAT) which burned down in 2016 would be rebuilt without a sprinkler system fitted.

The joint letter states ‘We find this decision incomprehensible. We are aware that the possibility of including a sprinkler system was tabled at a very early point in the design process for the new Selsey Academy.

‘As the original building had no sprinkler system, the underwriter declined to include such a system on the claim.

If all decisions were made on this basis sprinklers would never be fitted for re-builds, because no school fitted with a sprinkler system has ever burned down.

TKAT was then left in the unenviable position of having to decide if they could fund the inclusion of sprinklers within the project and cover the cost of the system, around £300,000, from their regular capital funding allocation, which in the current climate was not possible.’

“The cost of fitting sprinklers represents a very low investment when weighed against the potential threat to life, the damage to buildings and the disruption of children’s education if there is a fire in a school.

“It is essential that the government act immediately to make it a legal requirement for sprinklers to be fitted in all new school buildings.”

Kevin Courtney, joint general secretary of the National Education Union, said: “The same protections which apply across Wales and Scotland should cover England too. It’s clear that the only way forward is for the ‘expectation’ that sprinklers be fitted to new school buildings to become a legal requirement.  Otherwise the policy will continue to be flouted.”

Fire safety is our number one priority at Freya Fire Solutions and we are experienced at providing advice, reports and training to educational buildings and establishments. Please contact us to discuss your specific needs.